The second graders at Brookside integrated our study of living animals in science with measurement in math in December when they measured and drew penguins. The students were randomly assigned a type of penguin and they had to read a chart to learn the height of that species. Then they measured, drew, colored and cut their penguins which became part of a rookery in the C-Wing Hallway. Here are some photos of the students in the process of making their penguins. You can see individual photos of the students holding their penguins on the student work page. Thank you to Mrs. Anello for helping cut all those large sheets of paper! 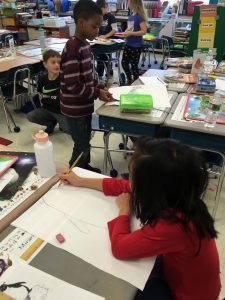 Miranda starts drawing her penguin while Uriah is cutting his penguin. 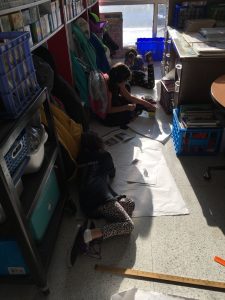 The students needed lots of space to create their penguins. These children found a good spot to work near the cubbies. 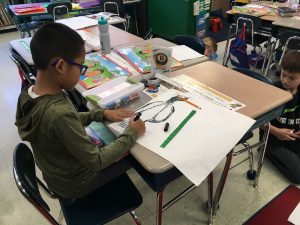 Students who had smaller penguins chose to work with their desks like Alec. 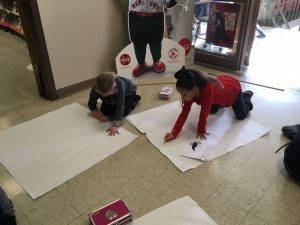 The halls were filled with hard working second graders that afternoon. 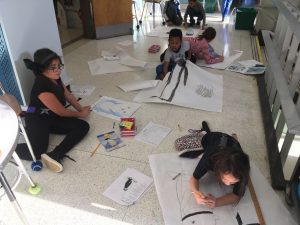 Penguins, penguins being made everywhere….even at the top of the stairs. 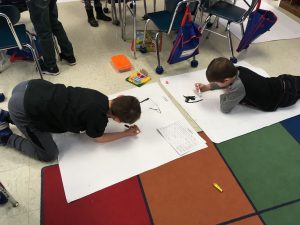 Making penguins near our rainbow rug. 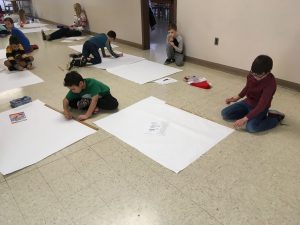 Measuring to make sure they are the right size! 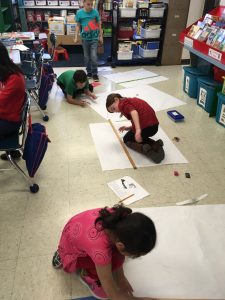 The students also measured their own heights and then we plotted the heights on a line plot. Here are just a few of the students being measured with our giant measuring tape on the rug. 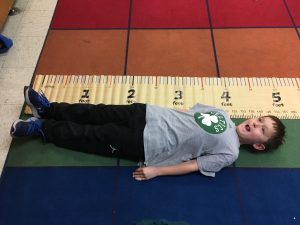 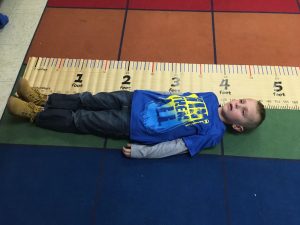 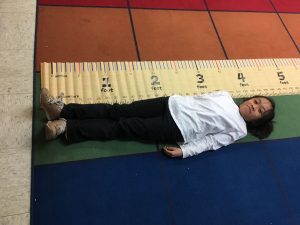 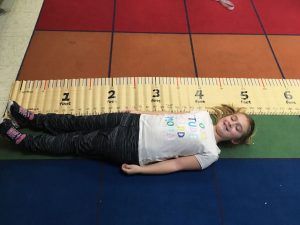