Finally our Brachiosaurus was completely colored in and we decided to find out how our dinosaur compared to second graders! 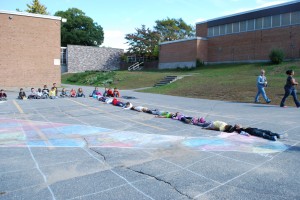 We found out that our dinosaur was over 10 second graders tall! 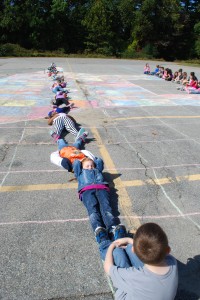 Then we measured how wide the brachiosaurus was and we discovered that it was more that 15 second graders long!

But we weren’t finished yet! We finished by finding out how many second graders it took to outline the entire perimeter of the dinosaur. 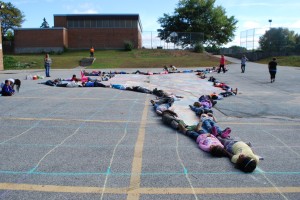 It took a while to get our second graders in place around the perimeter. 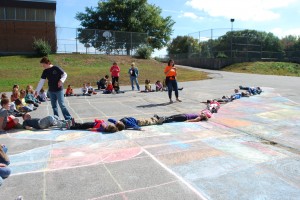 We started placing students around the front of the brachiosaurus. 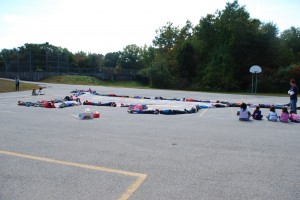 As you can see, we almost ran out of second graders! 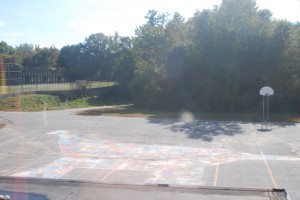 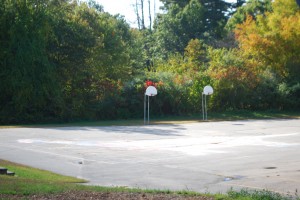 One  last look at our dinosaur friend before he became extinct with Saturday’s rain! In the end, it was a really enjoyable way to spend a beautiful autumn day learning together as an entire grade.

Thank you again to all the volunteers for making this hands-on learning project a reality. We couldn’t do it it without you!!

4 thoughts on “Measuring a Brachiosaurus at Brookside! Part 2”