Tuesday was a very exciting day to be a second grader in the Dracut Public Schools!  We were able to participate in a live video chat with Neil Foley, a graduate student and scientist in Antarctica. Ryan R. is one our second grade students in C-8 and Neil is his cousin. When Ryan’s mom, Andrea, heard that Mr. Berube had visited our classroom to teach the students about his time in Antarctica in the 60s, she suggested the video chat. 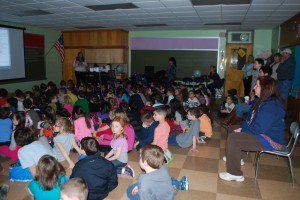 Everyone waiting for the video chat to begin! 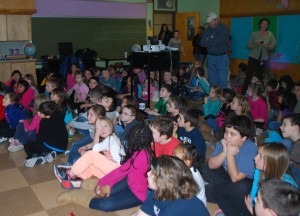 Second graders ready to talk with a live Antarctic scientist!

After a lot of planning, the event finally happened Tuesday and included all of the second grade students at Brookside, Campbell, and Greenmont. The children had the opportunity to interact with Neil by asking questions. 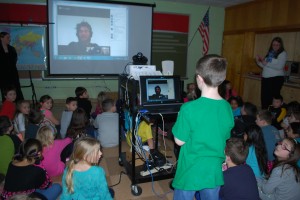 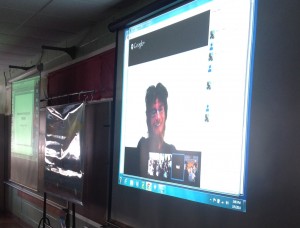 Neil was pleased to see a familiar face! 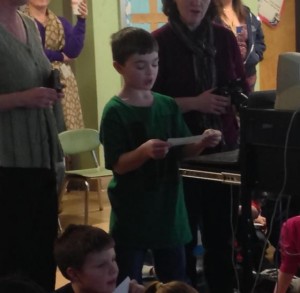 Then Ryan got down to business and asked Neil a question about frostbite! 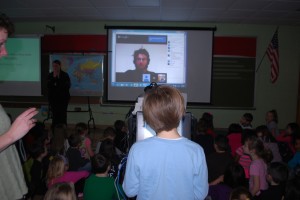 More students got to ask Neil questions too.

Neil not only chatted with the Dracut second graders in real time, he provided the children with a wonderful powerpoint he created with photos he has taken in Antarctica. 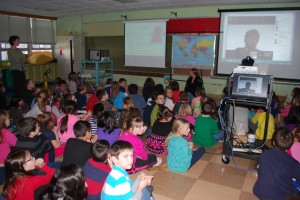 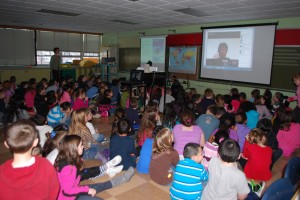 The children learned so much by listening to Neil explain the photos he included in his powerpoint.

The children saw the beauty of the land of Antarctica and its wildlife. Neil also showed photos that explained his scientific work there and how the scientists like Neil lived both at McMurdo station and in the “deep field.” 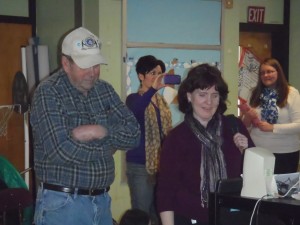 Mrs. Riordan introduces Mr. Berube to Neil. Mr. Berube was a naval Seabee in the 60s who helped to build McMurdo Station where Neil is living. 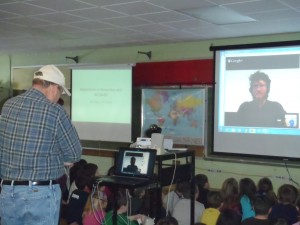 Two Antarctic explorers enjoy the opportunity to chat for a minute or two.

This unique learning experience was very exciting for everyone involved…the students, the teachers, and other interested adults such as Mr. Berube. Thank you to everyone who made this event possible including Mr. Stone, Ms. Smith and the rest of the Dracut Public Schools administration who were so open and supportive of this wonderful opportunity. Special thanks to Mr. Ken Moge who provided invaluable technical support throughout planning stages and coordinated the participation of all three elementary schools on the actual day of the event. Thank you to Mrs. Porcello and the rest of the second grade teaching team for their help and flexibility. Thank you to Andrea R. for the initial idea and connecting us with her cousin, Neil and to Mr. Berube for his yearly visits which inspired this event. We’re glad you were both able to attend. Lastly, thank you to Neil Foley! This event would not have been possible without you! You took the time to share a fantastic learning experience for our second grade children which they won’t soon forget! Hope we get to meet you in person some day!

19 thoughts on “It’s Antarctica Calling! – A VideoChat with Neil Foley”